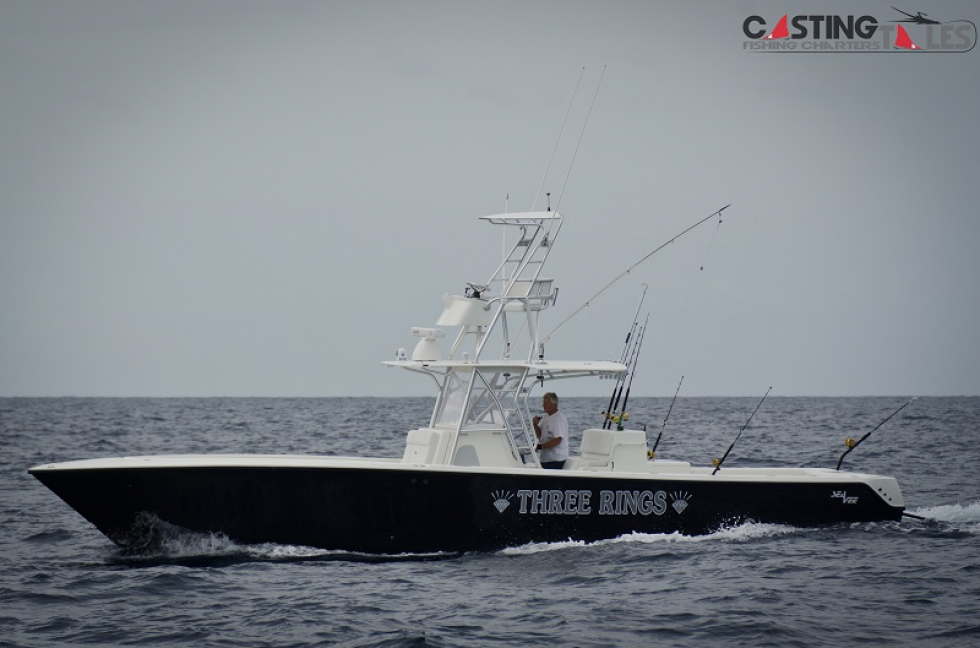 You never know who you’re going to run into while fishing in the Florida Keys. I snapped this photo back in September while tuna and mahi fishing out of Islamorada, Florida. Can anybody guess who is at the helm of this boat?

If you guessed Jimmy Johnson (not the NASCAR driver) you are correct. The Port Arthur, Texas native, former football head coach (namely, the University of Miami, Dallas Cowboys and the Miami Dolphins) and current NFL analyst for Fox Sports was tuna fishing near our boat. Our captain, Brian Cone of the Contagious, is acquaintances with Jimmy. He radioed over to Jimmy and he replied back he was on his way in…he already had as much tuna as he wanted to clean. It was early in the morning and we had just started fishing when we spotted Jimmy.

I previously had no idea Jimmy was fisherman, but after seeing him fishing solo offshore I gained a new level of respect for him. Not many anglers fish alone unless they’re really passionate about the sport. He moved around well for someone over 70. I hope I’m as mobile and passionate about fishing when I’m his age.