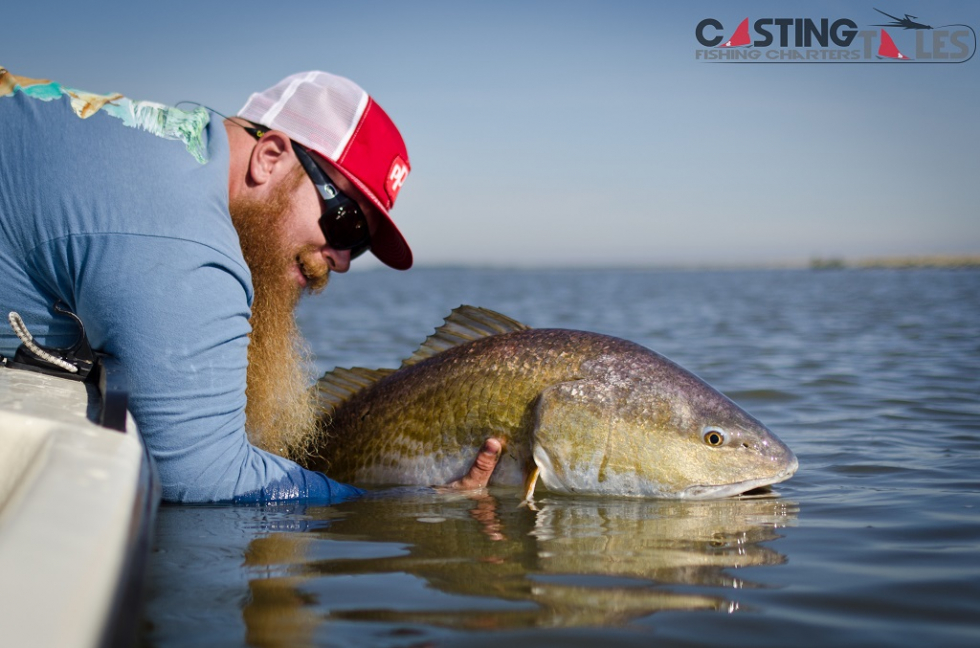 I came across a memorable photo from last month that I never got around to posting. This red was terrorizing mullet with its back out of the water. It looked like a dolphin crashing the shoreline. Robert made a great cast and put his fly exactly where it needed to be. The rest is history.

Robert caught that fish on a perfect (i.e., warm, calm and sunny) winter day in Southern Louisiana in early January. It was also my birthday. I can’t think of anywhere I would have rather been than at the office working. I had a great time fishing with Adam and Robert. I’m glad the Fish Gods smiled down on us that day because much of early January was cold, cloudy and windy.